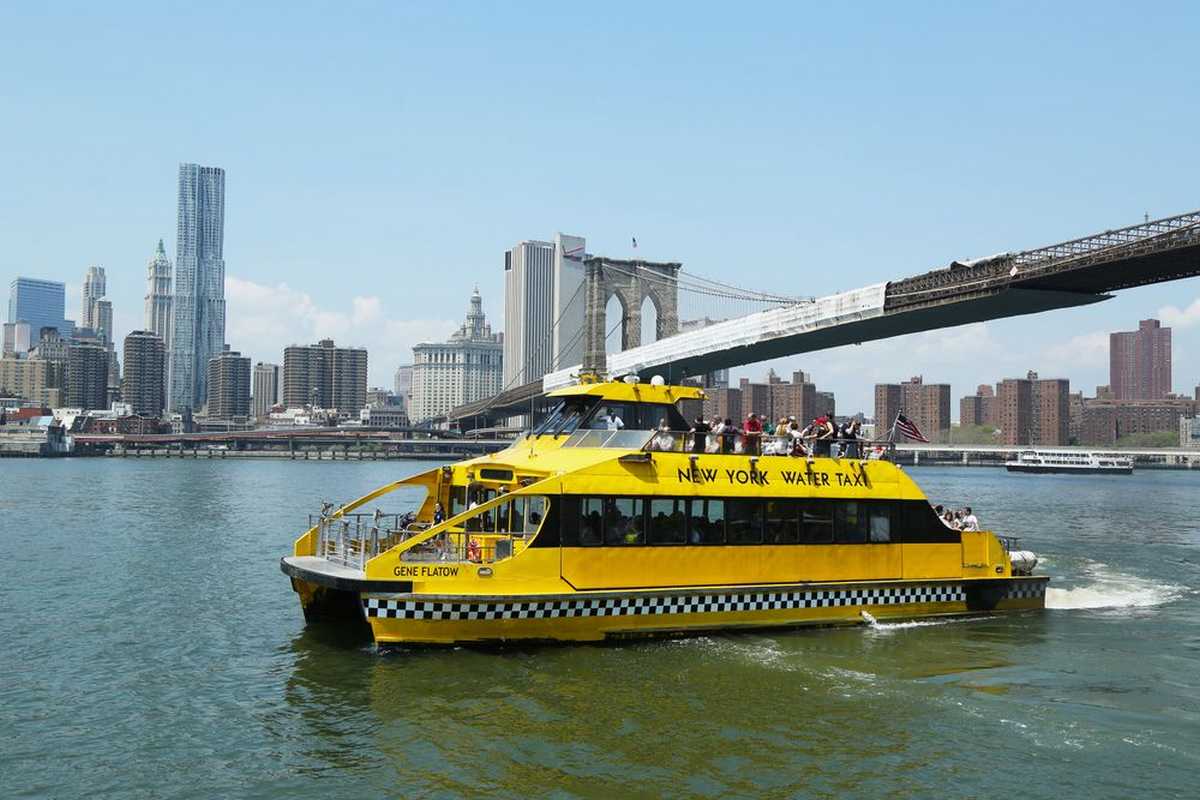 Bike, Boat, or Bus? The Best and Worst Ways to Get Around NYC

For sightseeing and long-distance travel around the island, the New York Ferry System is among the most efficient, pleasant ways to get around New York. Some landmarks, like the Statue of Liberty, are only accessible by water. NYC Water Taxi's Statue of Liberty Express is available to take riders up close and personal on a narrated tour. An All-Day Access Pass (available for one day or two) allows passengers to take the cruise their own pace, hopping on and off the vessel to explore the city and rejoining later in the day, while single rides are available between select piers. The most useful route for local residents, however, is the IKEA Express Ferry, which runs shuttles from downtown Manhattan directly to the IKEA dock in Red Hook, Brooklyn.

Yellow and green taxicabs are a staple of New York City streets. Though cabs are frequently used in movies and television, taking a taxi in the city is less efficient than popular media would have you believe. Because cab fares operate on a meter system based on miles traveled and traffic speed, predicting the cost of taking a cab is nearly impossible. Taxis are useful for transporting large objects too heavy to carry or too cumbersome for public transit, but they're an expensive, slow option for a regular commute. We also don’t really recommend taking the wheel yourself, as you’ll run into pricy parking and hordes of jaywalkers, all while navigating the third most traffic congested city on earth.

Manhattan is a pedestrian city, and while traveling by foot is not the fastest option, it is often the simplest route through the city's streets. The High Line, an elevated public park built on a defunct railway, offers a more direct route above the city’s west side. The raised pathway runs from Gansevoort Street in the Meatpacking District to 34th Street near the Garment District, approximately twenty blocks. The High Line is a picturesque route with many entries and exits for pedestrian convenience (and a full schedule of special events), allowing pedestrians to walk safely, avoiding car traffic and admiring the view.

New York City's public transit system is famous for being the largest in the entire world and – lately – infamous for having a long and growing list of problems. Run by the Metropolitan Transit Authority, or MTA, it boasts 27 lines and 472 stations covering most of Manhattan, Brooklyn, Queens, and the Bronx and offers free transfers to city buses and the Staten Island Ferry. However, the NYC subway has many problems stemming from issues with infrastructure and funding as well as unpredictable natural disasters, resulting in severe delays and service changes throughout the system. It’s still often the best option for getting where you need to go, but recent congestion and planned repairs have made the ferries and High Line sound awfully appealing in comparison.

Riding in NYC isn't for the timid, as you'll still have to brave our city’s notoriously intense traffic, but bikers up to the challenge reap some huge rewards. Not only does hopping on a bike take you away from the stress of the MTA, it also opens up a world of surprisingly stunning paths and trails. If you don't own a bike, you can join more than 130,000 New Yorkers on rented Citi Bikes, which are available throughout the city – though they're a little harder to find outside Manhattan.

Whether you prefer to travel by boat, by foot, or train, Manhattan's premier luxury apartments in Tribeca are the ideal destination. Located blocks away from a major public transit hub and a short distance from piers with water taxi accessibility, Tribeca House's no-fee luxury apartments are in the center of lower Manhattan's most connected neighborhood. Stop by today to experience white-glove amenities and view available apartments.